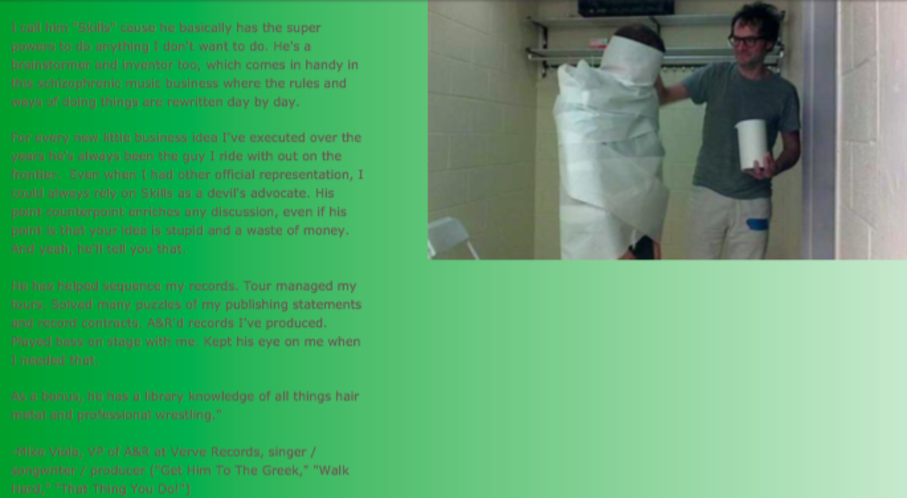 Darren Paltrowitz is a New York resident with over 15 years of entertainment industry experience. He began working around the music business as a teenager, interning for the manager of his then-favorite band Superdrag. In the years following, he has worked with a wide array of artists including OK Go, They Might Be Giants, Mike Viola, Tracy Bonham, Loudness, Rachael Yamagata, and Amanda Palmer.

Darren's writing has appeared in dozens of outlets including the New York Daily News, Chicago Tribune, L.A. Times, Inquisitr, The Daily Meal, The Hype Magazine, All Music Guide, Guitar World, TheStreet.com, Format Magazine, Businessweek, The Improper, Offmetro, Sportskeeda​, and the Jewish Journal. He has been a member of the SATW and the IFWTWA organizations as a food and travel writer.

Darren is also the host of the recently-launched, bi-weekly Paltrocast With Darren Paltrowitz podcast, as co-produced with PureGrainAudio.com. He is also the co-author of 2019 release Good Advice From Professional Wrestling, as written by D.X. Ferris and published by 6623 Press, his second book overall.